The long and winding road makes it’s way to a beautiful setting perched amid trees and green all around.   That morning we had hopped in the car and drove the 1.5 hours (or less) from Indianapolis on our way towards Nashville, Indiana.  Our summer bucket list included a “day trip” so when we were given the opportunity to visit the home of T.C. Steele, an Indiana artist, in Brown County, we were excited for a day away!  I honestly had never heard the story of TC steel before, but being a self proclaimed history lover, I figured it would be an interesting and fun site to check out. I’ll admit the picturesque windows of the studio in the marketing materials caught my eye and did not disappoint.

When we arrived, it was a dreary day…rainy and overcast.  Even with that kind of weather, the site is absolutely gorgeous!  Photos of this location do not do it justice! It’s simply beautiful; the perfect place for an artist!  I can’t imagine how this land would not be a constant stream of inspiration!

A quick historical recap by me:

Born in Indiana, T.C. Steele’s life seems to have almost perfectly fallen into place. It’s almost as if luck continually followed him around. At a young age he knew he wanted to be a painter. His family moved to a location where there was an art school but he was not old enough to attend.  So instead, he followed a sign maker around to learn technique.  The signmaker eventually gifted him his second best set of paintbrushes before moving on to the next city.   He met the love of his life Libby early on, married her, and they had three children – Rembrandt, Daisy, and Shirley.

Fortunate enough later in life to be friended by Germans in the Indianapolis hoping to make it a “cultural city,” he was sent off to Munich for formal training at the Royal Academy, fully funded by them.  When he moved back to Indiana, he lived in Indianapolis at a location that now holds the Herron School of Art.  He made a living by painting portraits and as an art teacher, while working on his true love of landscapes in any spare time he had.  Steele’s career really took off after an exhibition in Chicago with a group of Indiana painters known as The Hoosier Group. When Libby died in 1899, his daughter Daisy decided to take him to California for a change of scenery.  There she met and later married a man named Gustav who was from (coincidentally if you ask me) Indianapolis.  Gustav had a sister named Selma and she was introduced Steele.  Selma was an educator, writer, and, if I remember correctly, also an art teacher.  They eventually married and moved to the gorgeous landscape of Brown County.  They acquired 211 acres of land in all, built The House of the Singing Winds as they called it, and created a life for themselves in this location where there wasn’t even running water.  It’s a story that you have to hear in person!  This is just their life in a very condensed nutshell and I hope I’m getting most of it right!

T.C. Steele died in 1926.  He was an honorary professor at Indiana University until his death.  I found it quite intriguing that just during his lifetime he saw such growth of art appreciation and also the fact that artists no longer had to go overseas for training… An art school had been founded right in his backyard, twice!  The Herron School of Art and School of Art at IU.

When his wife Selma died in 1945, she beautifully gifted the entire estate, including furnishings, collections of sculptures, all the land, and approximately 350 works of art by Steele, as a whole to the state of Indiana.  It’s so impressive to me that she had the forethought and also courage to leave EVERYTHING to the state.  The beauty of this is that you get to see the things that Steele actually used, like his paintbrushes and old paint tubes… And furnishings in the house, and the original player piano and Victrola that was used by Steele & Selma.  It’s like walking into a living history almost Cate, our tour guide, was unbelievably amazing!  Cate, our tour guide, was unbelievably amazing!  She knew SO MUCH!  I could have listened to her talk about this man all day!  The tour was almost two hours, and I have to say I think Cate added a little extra because we were in a group with a T.C. Steele descendant which was pretty cool in itself.  How often do you randomly pick a day to visit a historical site and get to walk around with a family descendant!?  The details of the tour, even if they didn’t include extra, was very much appreciated!  A special thank you to Cate!! We started in the studio, then the House of the Singing Winds, and were free to roam the grounds.  There’s so much to take in and it’s almost a sensory overload… It’s almost magical!  The untouched buildings and landscape really take your breath away!  And make sure to check out the garden where they are restoring it to what they think it would have looked like when Selma was taking care of it back in the 20s-40s.  They said the youngest plant in there is from the 1930s and they are searching all over the world for the correct plants and flowers of the time period.  Pretty impressive.  I love when people pay attention to details like that because it makes all the difference and makes things even more meaningful!  They are still working on the garden a little, but they recently dug up the original rock pathways that had been covered by dirt since the 1980s! That is one heck of a task if you ask me and it’s looking really beautiful!

I made Ella listen to every bit of the tour.  It was a little long for her but I was completely impressed by her patience and listening skills.  She did color for a bit and has decided to make her own “Art Book” out of her colorings from the day.  She even practiced writing TC Steele which I thought was super cute. Because my other little wasn’t having it, my husband had to miss out on the tour and hang in the car with her.  But I think this might be a place to head back to!  They are actually slated to open a new Visitors Center and Outdoor Studio Wagon this fall.  You can see more about the studio wagon here <<–and that’s Cate, who I mentioned above!!!   The best part about this place is that almost everything on the grounds is free!  There is an admission to tour the studio and home, but the grounds and the gardens AND the new additions just mentioned will be free to visitors at anytime! But I think this might be a place to head back to! They are actually slated to open a new Visitors Center and Outdoor Studio Wagon this fall. You can see more about the studio wagon here <<–and that’s Cate, who I mentioned above!!! The best part about this place is that almost everything on the grounds is free! There is an admission to tour the studio and home, but the grounds and the gardens AND the new additions just mentioned will be free to visitors at anytime!

***The Above is From the Friends of TC Steele Website***

AND LET ME TELL YOU, ANOTHER DAY I WILL WRITE ALL ABOUT SELMA STEELE BECAUSE SHE WAS ONE AMAZING GAL!  TOTALLY AHEAD OF HER TIME AND SO SMART!  I LOVE HEARING STORIES ABOUT “THE WOMAN BEHIND THE MAN.”  LOOK HER UP.

You can also find more information on
Indiana Day Trips & other Indiana Historical Sites
via The Indiana State Muesum!

You guys!!! Summer is almost over! Can you believ

I just love these two… We had a great weekend as

Do you have a piece of furniture that travels from

Happy Monday! Here’s to clean rooms and a week

Happy Anniversary Mike! Can you believe we have b

How’s your week going?!? It’s been a long we

Over the last 30 days, I have felt inspired, and c

Wishing everyone a great weekend with family and f 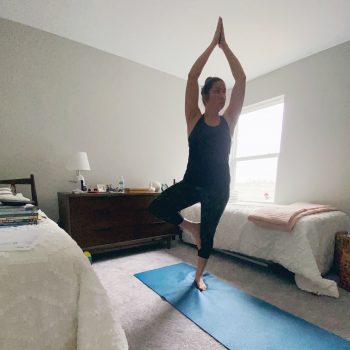 When it comes to the person that you are, the only person who can change that is you. Of course, ... END_OF_DOCUMENT_TOKEN_TO_BE_REPLACED 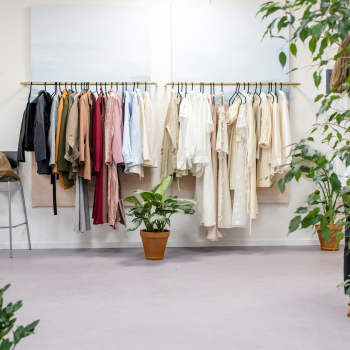 If there is one thing that you might be thinking about now that lockdown restrictions are lifting, ... END_OF_DOCUMENT_TOKEN_TO_BE_REPLACED