With all the excitement surrounding the just around the corner opening of Star Wars World at Disney’s Hollywood Studios, we were very happy to check the park out when we were there last month! The crowds did seem a bit heavy for the time of year, but nothing compared to what they WILL be. AND for not being Star Wars Fanatics – like I may or may not have ever seen any of them from start to finish – we thoroughly enjoyed the Star Wars parts of the park and can’t wait for the Star Wars World open so we can go back!

We started the day at Hollywood & Vine. This day was mostly set up for Olive. There’s lots of Disney Junior things at HS and not much elsewhere so we planned to have breakfast with Sophia, Doc, Vampirina, and Goofy. Last time we visited this breakfast, we met Handy Manny & Jake but with two girls in tow, the character changes were a super hit and a great way to start the morning! 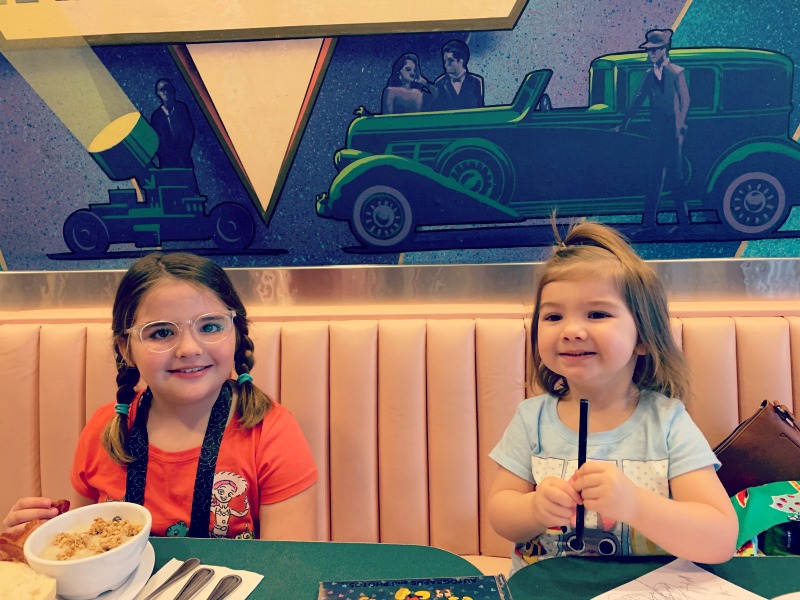 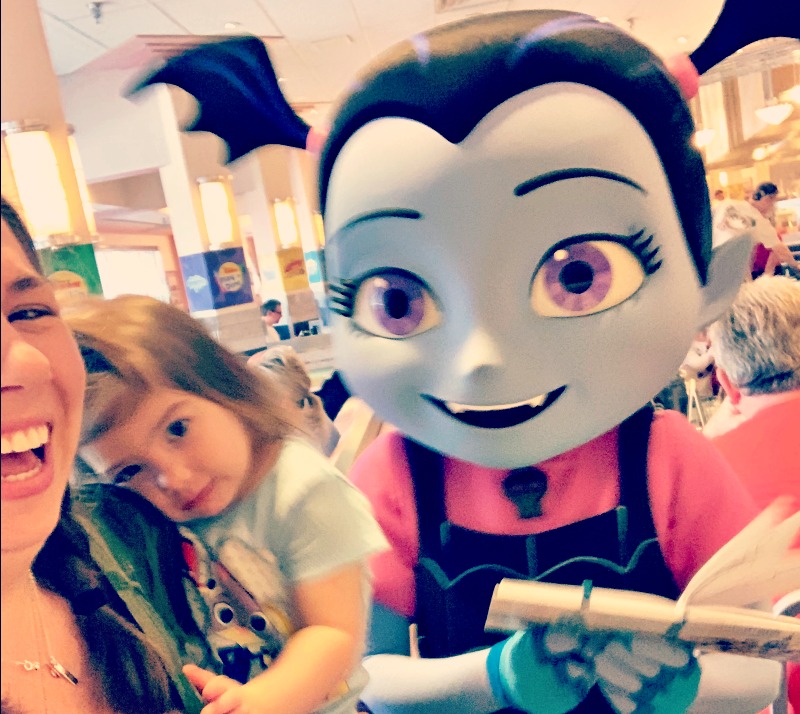 Even though Olive was still scared of character outfits, she did sometimes get a little closer and if she didn’t, there were many more waves than the day before at Epcot!

When we were finished at breakfast, we split up. We had a fast pass for the Disney Junior Dance Party and there was a 10 min wait for Tower of Terror. Mike & Ells headed to TT and we had a few minutes to spare before heading to the DJ dance party.   I noticed white tape on the ground and attendants lining the streets so Olive and I grabbed a good spot for the March of the First Order. We had no idea what this was or where to stand, but we made out pretty good. Talk about intimidating… Anytime those storm troopers walked by, I felt like I was in trouble. 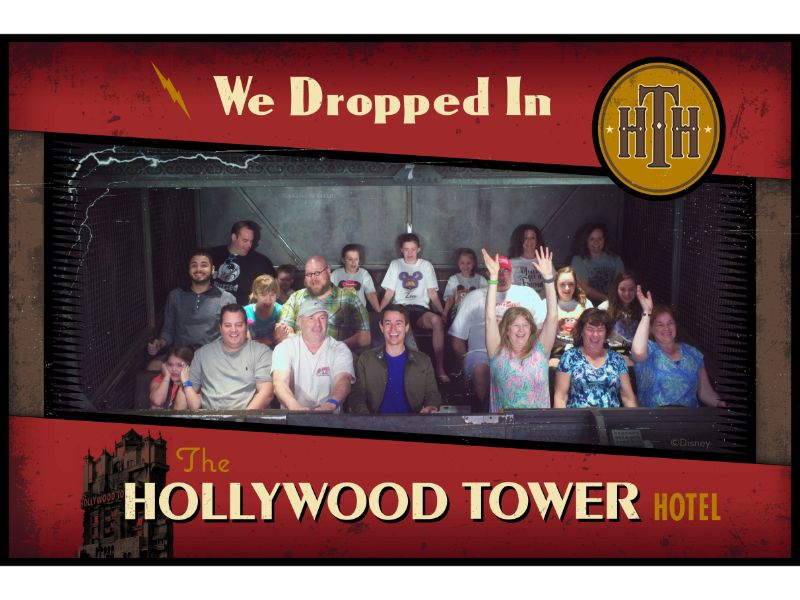 Mike & Ells didn’t get back in time for the dance party so Olive and I enjoyed that. We saw Vampirina and Doc again as well as Timon and Mickey! Wooo! Olive totally enjoyed this… she danced and sang and made new toddler friends. This is a 100% toddler friendly and perfect for them! I think my 7 yr old would have liked it, but been kind of bored. 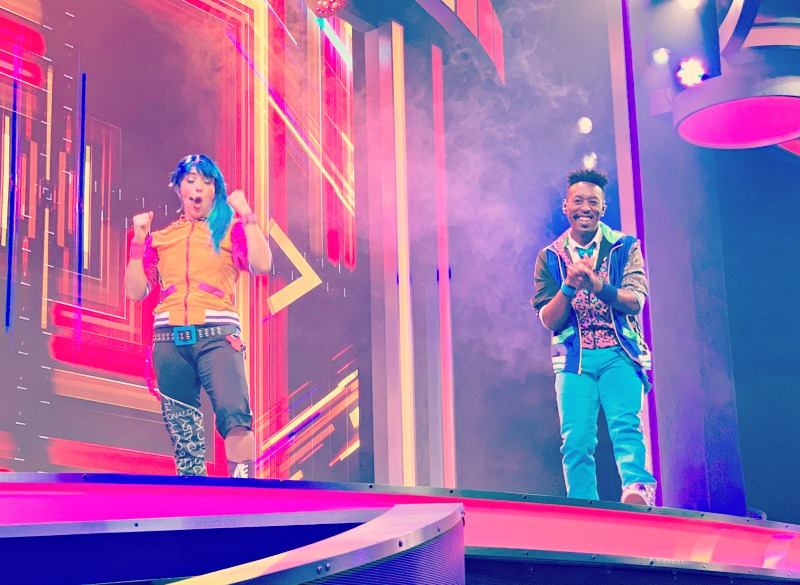 We hooked back up with the others when we got done, then headed back towards Toy Story. Our next fast pass was the Toy Story ride and we ran into Woody & Jessie and those funny army men on our way.  Check out the video below to see more of a show from these guys! 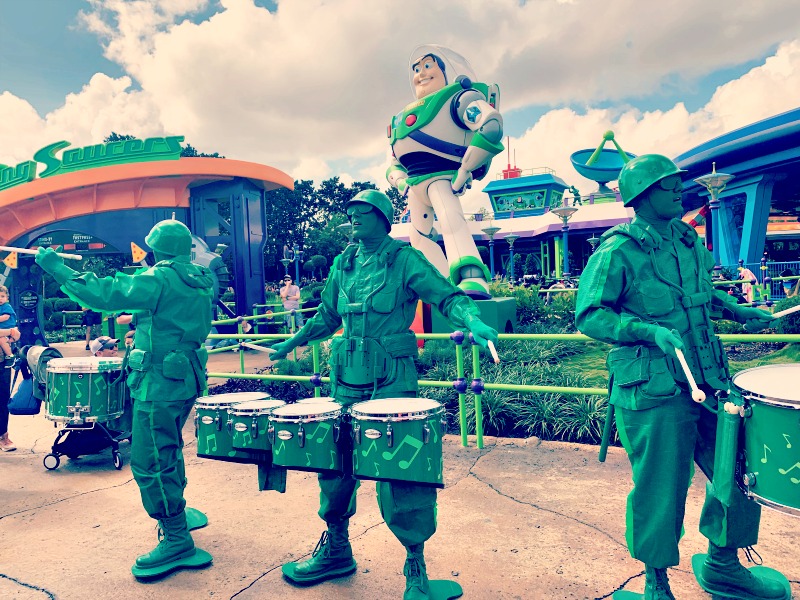 Next up we headed over to Rockin’ Roller coaster and I will not share with you my terrifying photo from the first bit of this coaster. O. M. G. That thing goes fast and I’m not a huge fan of that so needless to say it was horrible. The coaster part was fine but right out of the gate!? I probably won’t be going on that one again. Ella makes great roller coaster pics so here’s that. That’s a fun coaster though…. 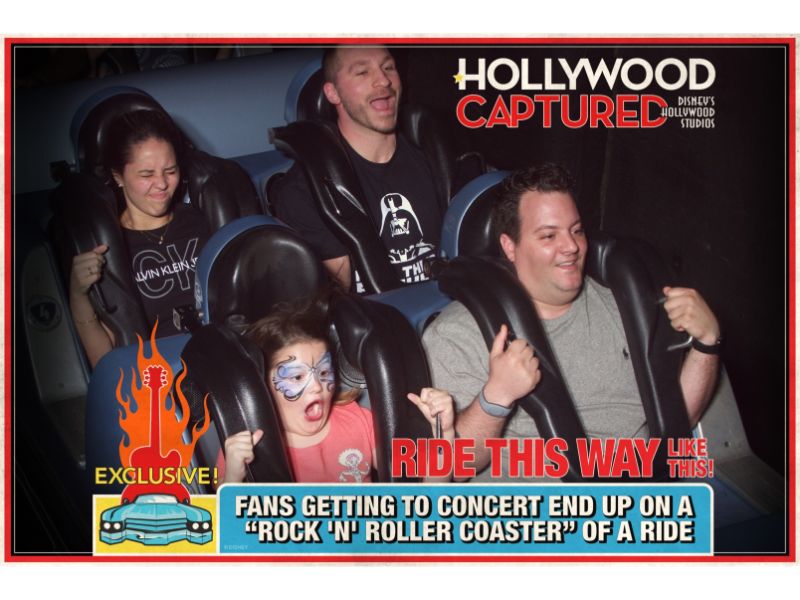 Then it was back towards Toy Story to wait in line for 45 min for the Alien Claw Ride. We were really hoping for a shot at the Slinky Dog Coaster, but that line never went lower than 85 minutes and we just couldn’t do it…  Someday we will get on that thing!   We had a good time on the alien claw ride after waiting in the sun. 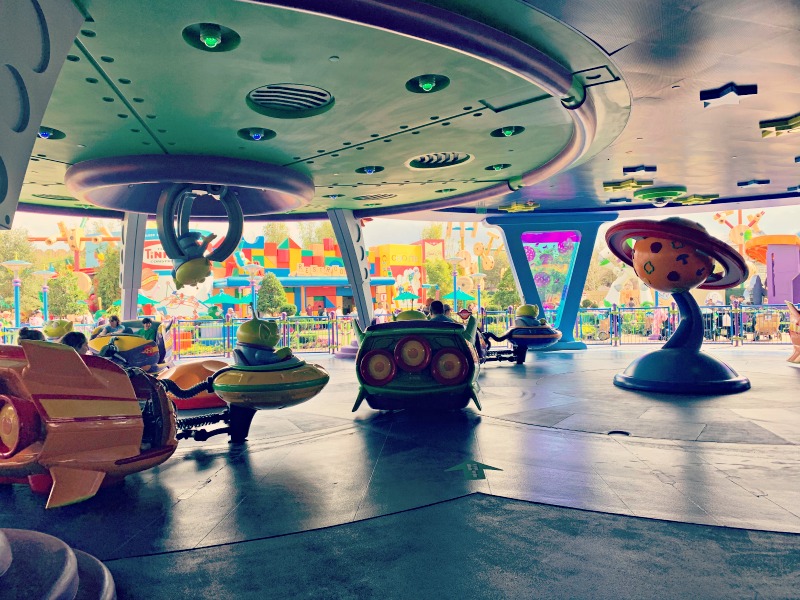 Then we headed back up towards the Incredibles area.  A little bummed that they don’t pose for pictures but will just dance with you.  I did see them posing with some people so that wasn’t so magical for us, but we went in to meet Edna anyways, and who doesn’t love Auntie Edna?! 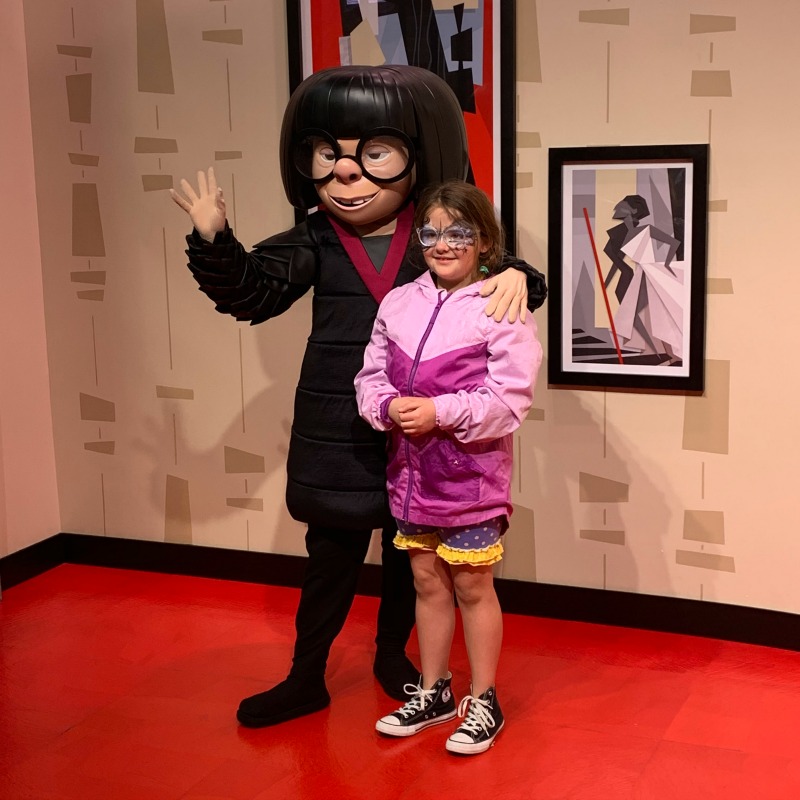 Our last stop before dinner was the Frozen Sing Along.  It’s funny because the last time we came, this was new and the lines were SO FREAKING LONG.  Now, it’s like it’s an old show that you don’t want to waste a fast pass on.  We all sang along and Mike may or may not have taken a quick nap while we were in the air conditioned theater!  I mean, why not Let It Go while in there?! 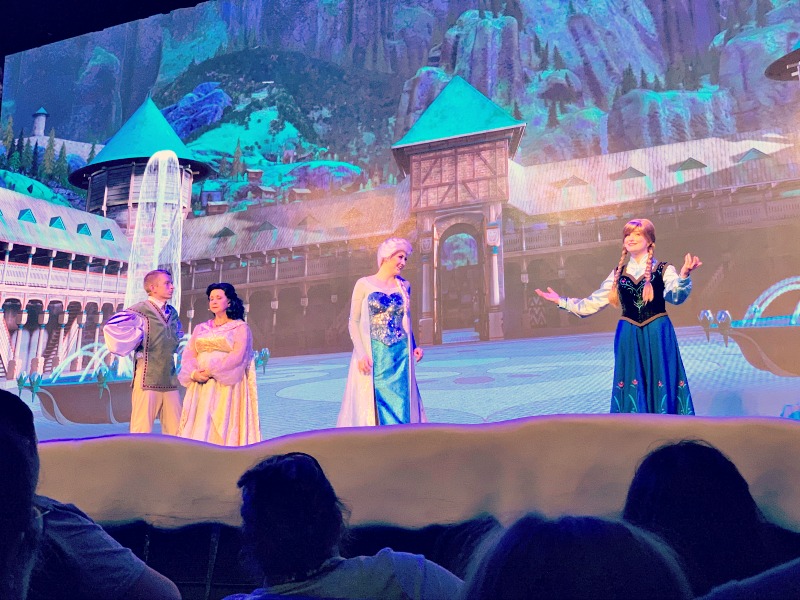 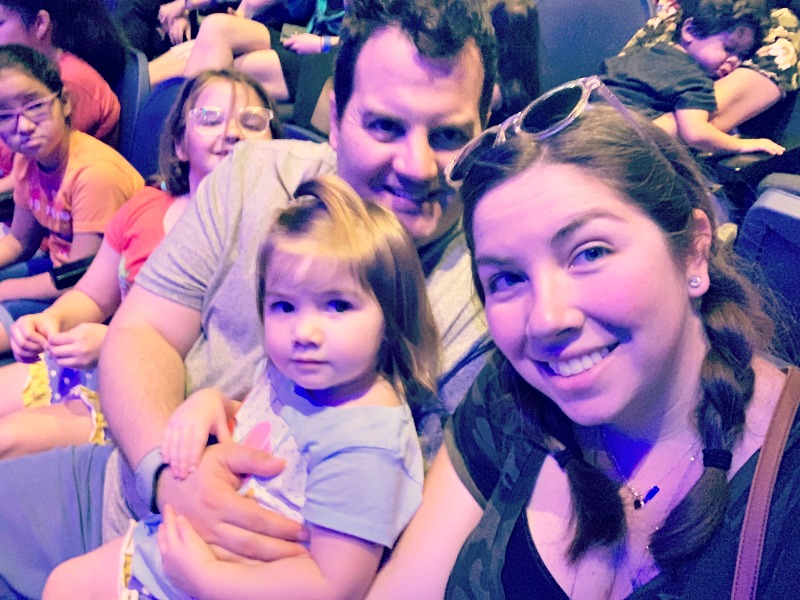 Our reservation was an early dinner/late lunch one at the Sci-Fi Diner!  It was really cool in there.  Mike and the girls had never been, but I had from the time I came with friends at 18.  It’s fun to eat in a car like you would at a drive in, but also the movies they play are so funny.  And by funny, I don’t mean laugh out loud, but weird and crazy.  People dressed up as aliens and scientists… the girls loved it!  They watched it almost the whole time we were in there!  We also timed this perfectly as it stormed like crazy while we had our meal and was done when we came out! 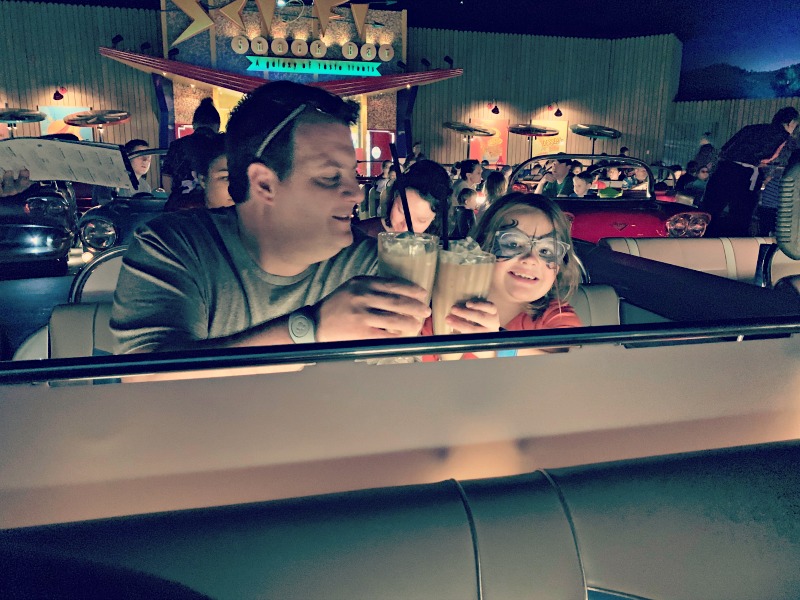 To finish the day, we headed over to sign up for Jedi Training and then back to see Mike & Sully before it started.  While in the theater area where you meet the monsters, they have a mini set up of the new Star Wars world to check out.  It’s going to be amazing.  That is all.  A-MAZE-ING.  We got a good look and the plans before they closed the line for Mike & Sully. 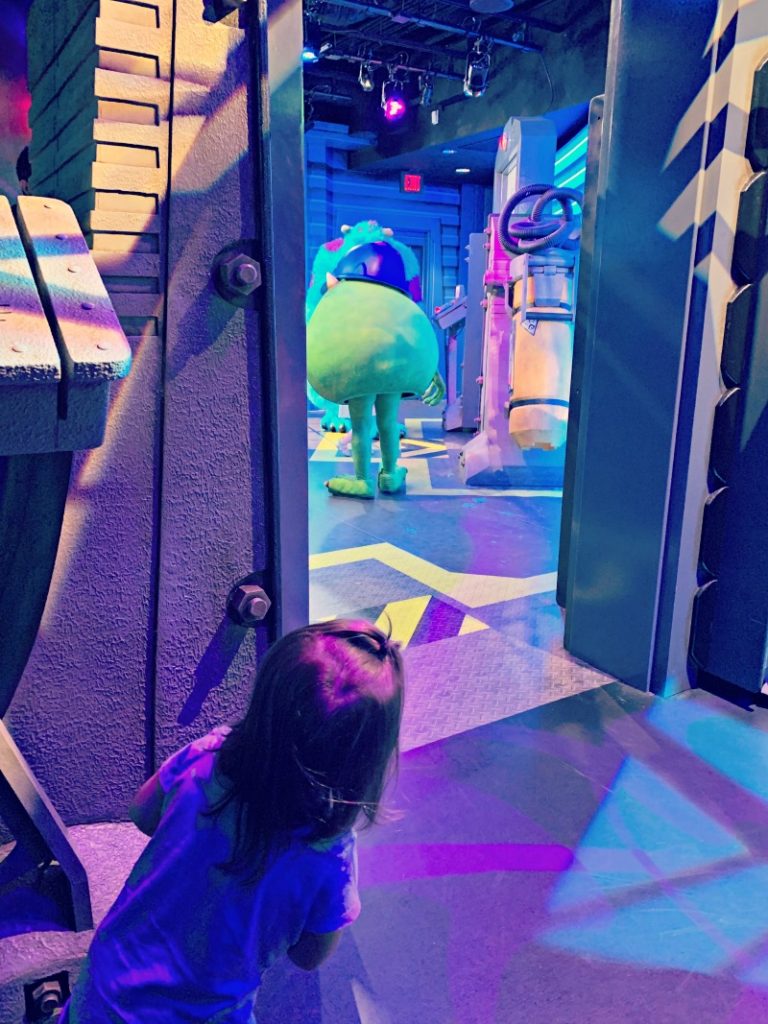 Then it was time for Jedi training… where Ella got to fight Darth Vader and we used The Force to push him away.  And we all made a pact that we’d watch the movies now so we can know more for when we go back next time!   Make sure to check out the linked video at the end of the post for more of the Jedi Training!  So cute for kids and so much fun for the adults to watch too! 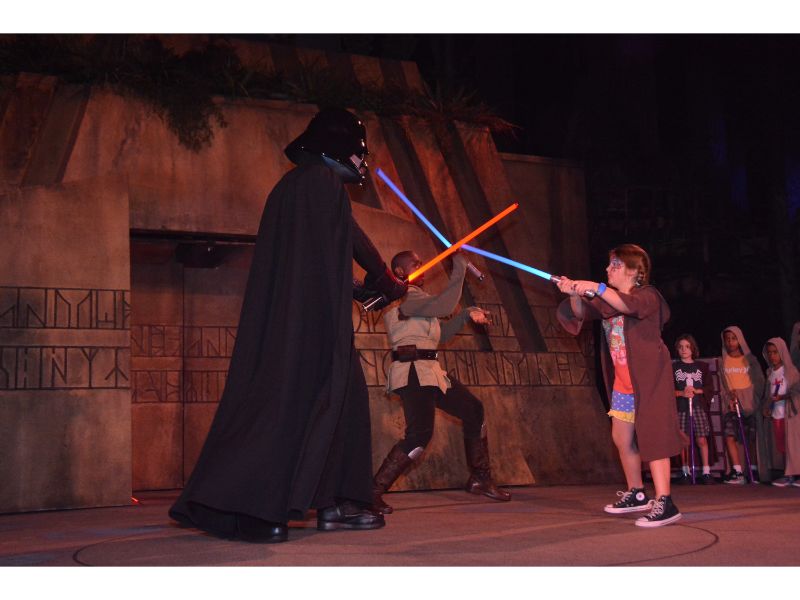 And last but not least, FANTASMIC!  One of our favorite evening shows… You can’t not go to this…But don’t use a fast pass on it!  LOL.  We did, but only because we wanted to go in and sit, but next time we will be waiting until the last minute to get a seat close to the door for an easy exit! 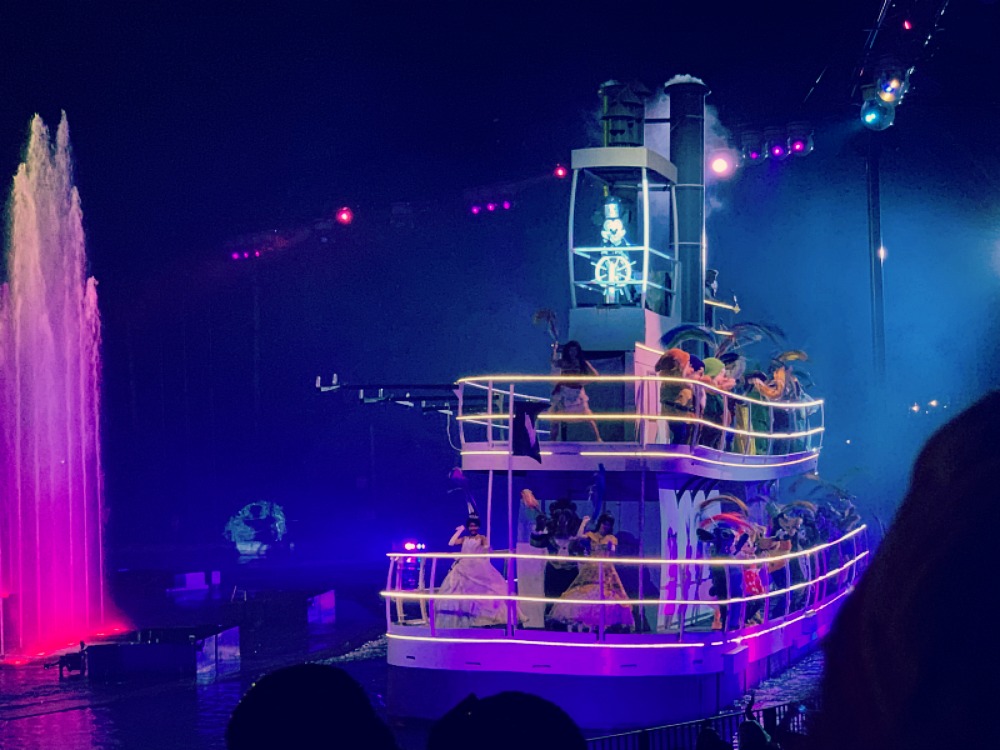 But it’s hard now with the other options!!!  SO many choices and not enough time!

And that was our day at Hollywood Studios.  The weather was in and out, it was warm, and we hit just about everything we wanted to hit!  This day was all about the littles, mostly Olive, but I think we did pretty good scattering the fun for everyone!    I hope this added a little Magic to your Monday because we all know…

Happy Friday! Did anyone else think this week fel 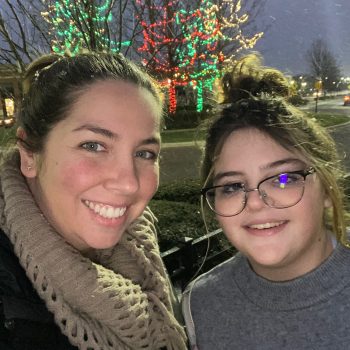 Dear Ella, Wow. Eleven. How is that even possible?! I probably start all of these with how is that ... END_OF_DOCUMENT_TOKEN_TO_BE_REPLACED 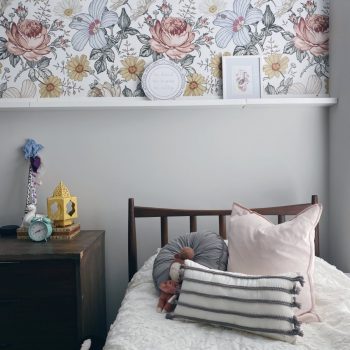 Usually at the beginning of each year, I take an inventory of all the things I'd still like to do ... END_OF_DOCUMENT_TOKEN_TO_BE_REPLACED