Last night we were fortunate enough to catch a sneak peek a the new movie from Disney Pixar, Onward.  Thanks Owens Group!  Admittedly, I wasn’t sure what I was going to think going into this one.  The previews I had seen weren’t very informative as to what the movie was really about. So I went in with an open mind, ready to laugh, cry, think, be wowed, really anything… and I left having marked all those things off!  Below is my review of this cute new film from Disney.

One of my favorite things about Pixar films is that they are typically original.  Think Inside Out and Toy Story.  Super cute themes that were fully developed and thought out.  Onward follows that original idea in my opinion as we’ve never ventured into some of the realms it takes us.  Onward starts out with amazing potential talking of how magic used to be all around us and then we kind of forgot about it.  Some of the best moments of this show are when the magic comes back! The Lightfoot boys, Ian & Barley, are opposites who grew up mostly without their dad.  Nothing is every really fully explained on this end, but you know something happened to him before Ian was born.  Surrounded by angry unicorns, sassy sprites, and fairytale-like creatures, the Lightfoot boys seem to be headed down opposite paths.

Until Ian’s birthday when their dad leaves them a gift to be opened when they are both 16.  A magic wand.  That no one really knows how to use.  Except for Barley who capitalizes on his goofiness and obsessive knowledge of the world of something like dungeons and dragons that will inform the rest of the experiences of the movie. Without giving it all away, I think (Disney) Onward, while not a classic, will become one that you watch over and over with your kids.  You will laugh.  You will cry.  You might even think about some things a little differently when you walk away.  And I hope it’s not the unicorns hahah.  My favorite moments were when magic entered the world again and when the brothers worked together and/or for each other.

My favorite parts were Gwennivere, the stone dragon, and the dance party.  The dance party scene might be the best one of the entire movie.  It was a moment where you could see yourself dancing with your own parents while also being completely embarrassed.  It was the perfect genuine moment.

While we thoroughly enjoyed the movie from start to finish, it didn’t feel like it dove deep enough into the magical world, family dynamic, or explanation of grief.  There were many points where the laughs were small but could have been huge.  Or moments where tears were apparent but didn’t flow to the point where we were a sobbing mess.  Not that we want to be a teary-eyed mess when we leave, but we want to feel moved.  This one only half moved me, and I really wanted to be moved by it!  I felt invested, but then never felt fully satisfied.  It just left me wanting a little more.

I would totally recommend going to see this movie with your kids.  Chris Pratt has a Jack Black quality throughout the entire film that is witty and charming.  Julia Louis-Dreyfus plays the mom and she rules the roost playing it funny and serious, but shows us how all our moms would be in this situation.   It has a slightly Shrek feel, but with Disney nods and lots of one-liners that will keep you entertained!

Finally hung something my mom grabbed for me at an

Last night, just before 9pm, Olls and I headed out

Thanks full for cozy spaces and air conditioning o

Did a little rearranging around here yesterday bec

I’m so excited to share that we are finally done 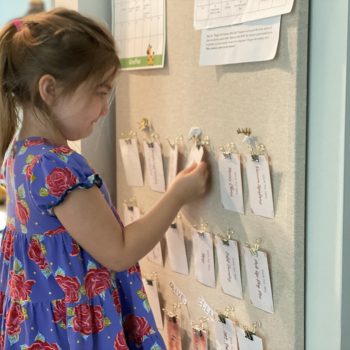 Yea, I feel like I've done this before and I'm never successful when it come to getting the kids to ... END_OF_DOCUMENT_TOKEN_TO_BE_REPLACED 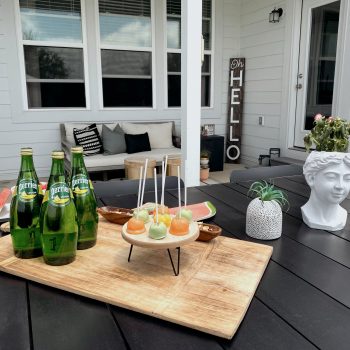 It's a beautiful summer day here and I keep thinking about how much I'm going to love sitting out on ... END_OF_DOCUMENT_TOKEN_TO_BE_REPLACED