It’s funny how quickly we tend to put others ahead of ourselves. It’s been about 10 years since I actually took time for myself. Here and there over the years I’ve worked out and I’ve tried to get into a working mom groove, but all too often that groove included letting myself fall last.  But 2022 is about to change that!  So far this year I’m feeling good about small changes that are helping me get back to me! First, I’ve joined WW (Weight Watchers).  Yes, I know it seems like a random choice and honestly, I’d probably rather prefer FWTFL, BUT it was a better monetary deal and I felt like I needed something a little slower to start with and at least get me in a routine of tracking my foods and encouraging movement.  So, here we go!  It’s going ok so far.   I like that you only weigh in once a week and it’s nice to feel like you are being held accountable even though no one is really watching.  I set different small goals each week and hope to lose between 1-2lbs each week.  So basically I’ll be at my goal in 20 years. hahah.  But seriously baby steps has been a great way for me to still feel like I’m accomplishing things but also not jumping off the deep end right away.

Second, I’ve added in workouts.  For now, it’s really just running for weight loss which is a plan that I found on Pinterest.  I’ve completed 6 weeks which means last time I ran 10 min, walked 1, and did it again!   Yesterday I did that for about 35-40 min and burned right at 500 calories.  It’s an easy workout to get in on my lunch break and done while the kids are out of the house for the day.  I love running because it gives me alone time, but I had taken too much time off so with this plan it felt like a nice way to ease back in.  I started with walking the first week – 3 days a week for 20, 30, then 40 min.  The next week you run 1 min, walk 2 min, repeat 10x.  And it builds from there.   It felt like I was being challenged but not working myself into exercise induced headaches like usual.

At week 2, I also added in some crunches, a 1 min plank, and some glutes exercises.
*It’s probably time to add in some new things. And now my Sunday Running Buddy and I are going to do a 10K and then hopefully a half marathon later on when we are feeling better about our runs!

We’ve collected quite a few things for our home gym setup too that help!  I pulled together a few items in a round up if you were interested in anything we use on a weekly bases.  Between weights, a treadmill, a rowing machine, and bands, we’ve got some pretty good basics. Third, I’ve tried to lessen the calories and eat more protein.  While it doesn’t seem like much, after each run, I’ve been drinking a protein shake (with an espresso shot – duh).  That’s basically been my lunch.  When I snack, I try to eat fruits (which are zero on my WW plan) and veggies (also zero).  While I still go for pretzel sticks when I’m craving something salty and crunch, I feel really good about grabbing an apple or banana most other times. While these all may seem like small changes, they are big for me.  The biggest is actually taking the time out for my exercise.  Like I said, that used to quickly fall to the wayside.  Now, in the morning, I pick a time to do it.  It’s usually during my lunch, but sometimes after work, but either way, I make time for it.  I have to.  And I feel better for doing it.  The scale still isn’t showing much change and neither is my double chin but I’m down about 7 pounds since Feb.  I can actually tell a difference in my energy level most days — and in my sleeping.  It’s funny when I take a day off from running, I find that I have a little more trouble with getting tired in the afternoons and I tend to take a bit longer to get to sleep.  However, when I do workout on any given day, I have been sleeping pretty solid and also actually waking up with alarms.  I always notice this change when I get into exercising and it’s a great one.

So, for now, I’m only down about 7lbs (wish it was 10), but you know what – it could be worse!  I’m feeling better, eating better, and taking care of me.   And because I’m a mom, who’s husband works odd hours, sometimes these workouts end up happening with the kids which means we improvise! Do you have a family calendar? Or prefer to work

Can we just talk about how much energy it takes to

Happy Easter from the Kellermeyer’s! 💕 I kn

We did it! We officially made it to Friday (Thank

This week has been spent thinking of warmer weathe

It feels really good to get back in a normal groov

As it starts to get cold-ish here again (because i

Shout out to my two favorite boogers around who al

Today is the last day for the #indianaflowerandpat 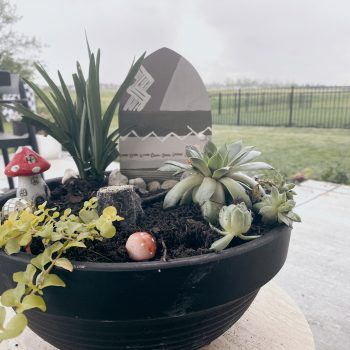 Here we are on the 2nd to last week of the 8 week of One Room Challenge.   I kind of can't believe ... END_OF_DOCUMENT_TOKEN_TO_BE_REPLACED 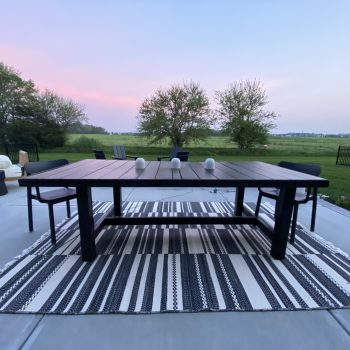 While every week I feel like we've made zero progress, I do have to admit that the patio is actually ... END_OF_DOCUMENT_TOKEN_TO_BE_REPLACED